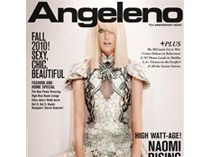 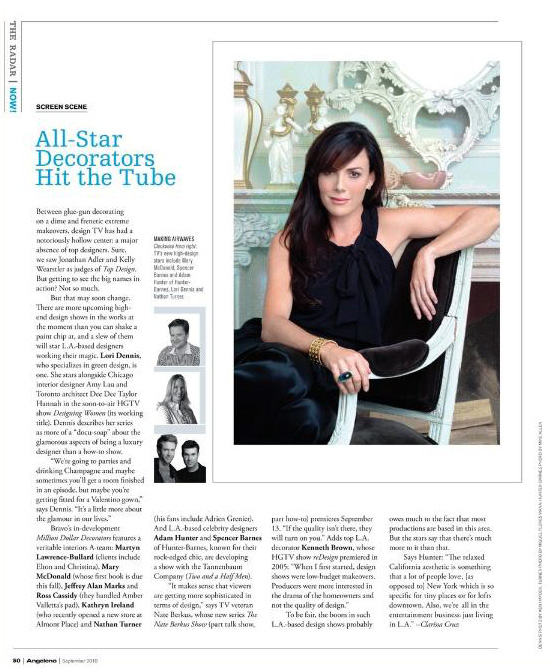 Between glue gun decorating on a dime and frenetic extreme makeover design, design TV has had a notoriously hollow center; a major absence of top designers. Sure we saw Jonathon Adler and Kelly Wearstler as judges on Top Design.

But that may soon change. There are more upcoming high-end design shows in the works at the moment than you can shake a stick at, and a slew of them with star L.A. base designers working their magic. Lori Dennis, who specializes in green design is one. She star along side Chicago interior designer Amy Lau and Toronto architect Dee Dee Taylor Hannah in the soon to air HGTV show Real Designing Women (its working title). Dennis describes her series as more of a “docu-soap” about the glamorous aspects of being a luxury designer than a how to show.

“We’re going to parties and drinking Champagne and maybe sometimes you’ll get a room finished in an episode, but maybe you’re getting for a Valentino gown,” says Dennis. “It’s a little more about the glamour in our lives.”