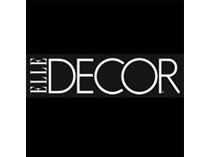 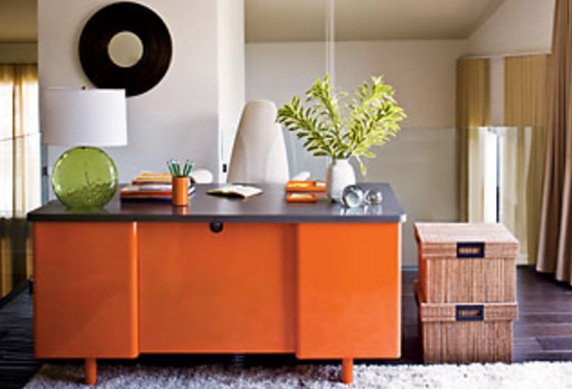 For Los Angeles resident Adam Coulter, being green is not merely a question of following the current fashion. It’s a direct response to his own life’s trials and triumphs. The 27-year-old screenwriter and actor successfully battled cancer in his early teens and has been in remission for 13 years. “From then on,” he says, “I wanted to live as healthfully as possible, from what I eat to the environment that surrounds me.” So, with the help of Beverly Hills-based designer Lori Dennis, ASID, Coulter has created the ideal green environment in a third-floor Century City condo. It’s filled with finishes and furnishings both eco-friendly and health conscious — for example, flooring of sustainably grown bamboo, draperies made predominantly of organic linen, tiles of recycled glass, and wall paint free of harmful volatile organic compounds (VOCs). “Green living is about doing things that improve our lives, the environment, and our economy,” says Dennis, an Accredited Professional in the Leadership in Energy and Environmental Design initiative of the U.S. Green Building Council. “And our homes can play a crucial role in that equation.”

Coulter bought the 2,000-square-foot home two years ago after selling his holistic nutritional supplement business so he could dedicate himself full-time to his film career. What drew him was the inspirational view of the writers’ bungalows on the adjacent 20th Century Fox lot. “It’s my dream,” Coulter says, “to get over to the other side of that fence.” Vantage point aside, however, his new place needed work. Every detail glaringly betrayed its mid-1970s origins, including the white faux-velvet carpeting, diagonal wood-and-mirror paneling, a two-story lava-rock fireplace surround, and a spray-on acoustic popcorn ceiling. “Step one,” Coulter says, “was pretty much to gut it from the floor up.”

Before the demolition phase, Dennis and her team told Coulter: “Collect magazine pictures of interiors you like, so we know the look you want.” After all, “green” comes in many guises. Coulter came back with lots of “hip, cool designs” featuring bright, open, white spaces accented by dark wood, nature-inspired soft blues and greens, and flashes of exuberant color, especially orange.

Once the place had been stripped of its disco-era trappings, Dennis opened up the main living area by replacing a “boxed-in” staircase with one that seems suspended in air, rising to an office where she substituted a shatterproof glass panel for its half-wall. “Those changes alone visually doubled the space,” she says. The private areas now possess a more serenely open, natural feeling, too, thanks to ingenious yet subtle changes. The master bedroom features a Dennis-designed 7½-foot-tall frame of sustainably harvested wood that extends a foot beyond the king-size bed on all sides, creating a cozy room-within-a-room effect. Ecologically sound, aesthetically pleasing materials also transformed the adjoining bath.

The result more than fulfilled Coulter’s green dreams. “It’s a hip, healthy environment in which anyone would feel comfortable,” says Dennis, adding, “After Adam moved back in, he sent three text messages in a row that read: ‘It’s amazing!'”

• Bamboo flooring. “Bamboo grows faster than trees — seven years instead of 37! And it’s a grass, so it’s renewable. It keeps growing after you cut it.”
• Furniture of sustainably grown wood. “Look for pieces certified by the Forest Stewardship Council (FSC).”
• Repurposed pieces. “When possible, reuse old furniture — don’t add it to landfill.”
• Locally produced materials. “Consider the shipping distance materials have to travel, which also affects the environment.”– Interior designer Lori Dennis, ASID