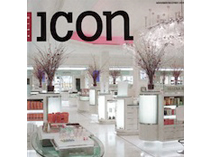 AS DESIGNERS WE KNOW WE NEED TO CHARGE FOR OUR EXPERTISE. WE ALSO KNOW THAT SELLING PRODUCT IS OFT ADDITIONAL SERVICE WE PROVIDE OUR CLIENTS TO REDUCE THEIR STRESS AND ALLOW US TO MANAGE DETAILS AND RATELY COMPLETE THE PROJECT. BUT TWO RECENT PASTIMES-BROWSING THE INTERNET AND CLIENTS’ CONCERN ABOI. ECONOMY-COULD COMBINE TO MAKE THIS BUSINESS MODEL EXTINCT. A SIMPLE INTERNET SEARCH WILL YIELD A W OF DESIGN INFORMATION-AND, UNFORTUNATELY, SOURCES THAT WILL SELL DIRECTLY TO CONSUMERS AT BARGAIN P ACCORDING TO A STUDY BY EXPERIAN, 81 PERCENT OF FURNITURE AND APPLIANCE SHOPPERS RESEARCH ON THE INT BEFORE PURCHASING, AND FOR NEARLY HALF OF THOSE SHOPPERS (43%) THE PRICES THEY ARE FINDING ARE ATTRA REASONS TO BUY ONLINE.

This issue impacts the most common residential business model where a design fee plus a percentage of markup on furnishings is charged for the project. Contract and high-end residential designers work with very different types of clients who have neither the time nor inclination to shop for pricing. “Most of our clients will not risk quality purchases on the Internet,” says R. Neil Fine, ASID. “They are very wary of such even when choosing a designer.” And while most designers want clients who value and will pay for design service, that is not always the client they get.

Furniture industry expert Jill Hertz, ASID, CMG, sums up the problem: “There is a growing division between low and high end, with the middle market a gray area that is almost non-existent.” This middle market is where designers face the greatest challenge, since clients are more price sensitive and willing to spend time researching on the Internet. Manufacturers are using the Internet to market lifestyle solutions and, in that process, many are selling direct to the end user. And as the line between wholesaler and retailer blurs, designers are finding themselves in competition with their own suppliers.

Tales from the front

Leslie Shankman-Cohn, ASID, CAPS, says “It has gotten to the point where manufacturers don’t know their role. They lost their focus and are going for everybody.” She has no problem with manufacturers’ Web site catalogs; the trouble is when they include pricing. Until last year she had a bricks-and-mortar store in Memphis, where she was required to invest as much as $5,000 to carry a manufacturer’s product. With her customers’ access to those same products online, however, “I became a showroom for the Internet,” says Shankman-Cohn. Adding to the injury, clients would order on the Internet and then expect her to process their complaints and returns for the product when they were dissatisfied. She has since closed the store.

Marcello Luzi, ASID, concurs. “Customers are circumventing designers, but they want us to be responsible for their satisfaction with the design, only at a better price,” he says. Designers across the country have similarly exasperating tales. Once the design work is complete, clients are introduced to quality trade showrooms, use expert showroom personnel, and then take the information to purchase on their own. As Jan Hubbard, ASID, notes, “The problem is twofold: both clients and manufacturers are not realizing the value interior designers bring to a project. They see it as cutting out the middle guy, but we are not just the middle guy in the chain. We provide a value to the process that unifies and manages the quality of the design.”

In the end the client is not get-ting the same level of design in the completed project or the same quality furniture. “You cannot do residential design details to a manufacturer,” says Luzi, who is con (that if manufacturers try to sell N sale as well as retail, both will “You can write specs, but the is untrained in how to see an through. Either the public designer will not get the level vice they need,” he says. “I was perfectly happy if I never had to another piece of furniture again all know the problems with in design come on the execution.

There is also a discrepancy be the perceived value of design at amount clients are willing to pay Kenneth Walters, ASID, believes residential model is broken and change first.” While most of his I are extremely loyal, Walters re, had one high-end couple works his design estimate and sell direct. The husband remarked, I have to think twice about spe $5,000 on a chair,” then added still love you.” While Walters for the design, the love didn’t his lost revenue.

The manufacturer’s dilemma When the competition eliminate designer or retailer markup t direct to the public at a lower point, consumers can view manufacturers as overpriced. Carothers, owner of The Kaleidc Partnership, an Internet consultant for home industries, says, “Carothers.

Designs, Industry Partner of ASID, sees both sides of the issue. When an individual contacts her company, a manufacturer of intricate wood inlay products, the customer is often directed to a proper channel for purchase since complex product knowledge is essential for correct installation. Although Oshkosh Designs does not sell direct or online, its competition does. Kubasta has even seen Oshkosh products on E-bay. But once a product is purchased through a distribution channel, the manufacturer has no control over how it is sold.

Many manufacturers are dedicated to the design community and, at the same time, acknowledge the public’s need for information. Such manufacturers are actively working with interior designers to help them in this climate. “To-the-trade is an integral market to the future of our company,” says Maria Parasugo, vice president of design sales and merchandising for Century Furniture, Industry Partner of ASID. Century is opening new trade-only showrooms and providing advanced search options on the company’s Web sites for designers and the public, but the company provides pricing only to the trade. Doug Hart-sell, speaking for Duralee, Industry Partner of ASID, feels the fabric-and-furniture company has a natural fit with designers. Explaining that fabric and its terminology are too complicated and technical for the public, he points out that although Duralee’s advertising is geared towards the end user in high-end publications, all pur-chases must go through a designer or a retailer. Also to protect designers, Duralee will private label its fabrics in retail stores.

What’s a designer to do?

As designers test different solutions, on one thing all can agree: the public needs further education regarding the services and value of interior design-ers. “With economic times tough for all, it is imperative that … this craze turns into a positive,” says Ferm. “A designer’s service cannot be store bought or easily `googled.'” According to Fern, it is the responsibility of every designer to explain this when promoting themselves as profession-als. “Our design ability and ability to translate that design is where we earn our income,” she says.

Lori Dennis, ASID, LEEP AP, says, “Ten years ago when I saw that the Internet was becoming a place for people to purchase products competitively, I completely changed my pricing structure.” Because she charges a flat fee for a project’s design and passes on her trade pricing at cost to the client, Dennis is unaffected by the direct sales issue. She also raised her design fees to compensate for the loss in product markups. Clients are now paying strictly for her professional expertise. Luzi also foresees the need for designers to specialize in low, middle or high-end markets—all will become different business models—and agrees that the successful formula is an increase in design fees as the income from product sales declines.

So should interior designers stop selling product? Not according to Marc Molinsky, co-founder and CEO of Designer Advantage, a firm that provides bookkeeping, project management and consulting services exclusively to interior designers. Molinsky, who believes that “product sales are still a healthy and important part of profits,” tells his clients that markup on product sales should at least cover the business overhead, with hourly fees providing the majority of the net profit for the business.

Allsteel, Industry Partner of ASID, recently introduced an Internet marketing approach that can be applied to both contract and residential sides of the industry. According to Greg Dunlop, ASID, IIDA, Allsteel’s nation-al manager of architecture and design, the company successfully launched a “Both clients and manufacturers are not realizing the value interior designers bring to a project. They see it as cutting out the middle guy, but we are not just the middle guy in the chain. We provide a value to the process that unifies and manages the quality of the design.”