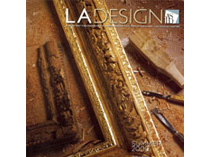 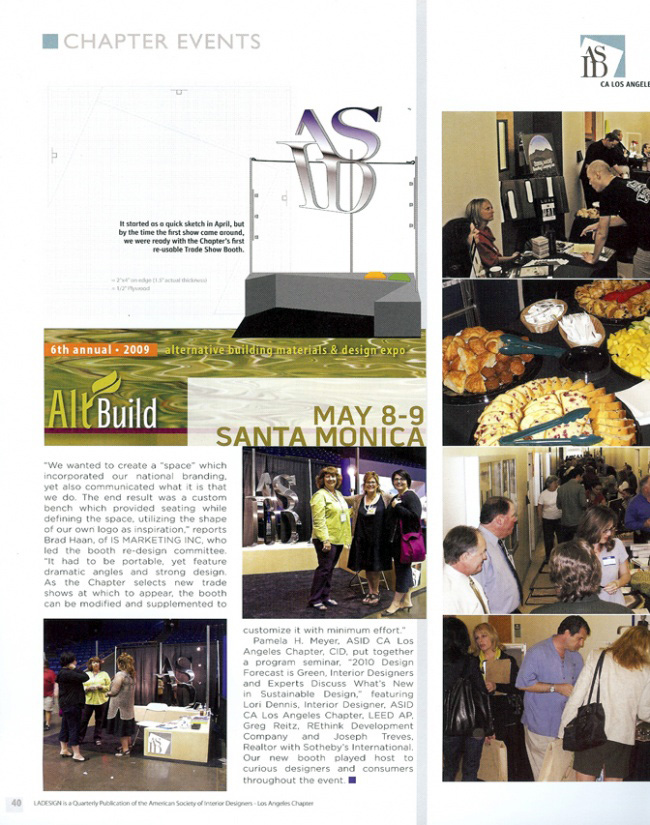 “We wanted to create a “space” which incorporated our national branding, yet also communicated what it is that we do. The end result was a custom bench which provided seating while defining the space, utilizing the shape of our own logo as inspiration,” reports Brad Haan, of IS MARKETING INC, who led the booth re-design committee. “It had to be portable, yet feature dramatic angles and strong design. As the Chapter selects new trade shows at which to appear, the booth can be modified and supplemented to customize it with minimum effort.”