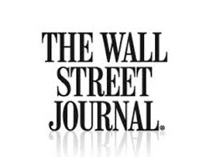 LOOKING OUT FOR NO. 1 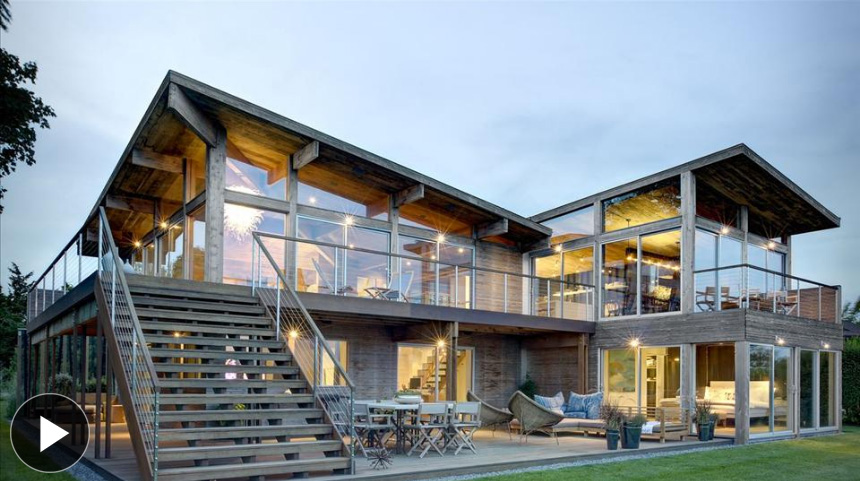 Developers and real estate agents say that spaces built for one are on the rise, with luxury homes for one popping up in major cities around the country. Lauren Schuker Blum reports. Photo: Bates Masi Architects.

Melissa Herrington, a 35-year-old artist who lives in Venice, Calif., recently moved into a 2,000-square-foot, three-story loft-style home after a divorce. Her designer’s directive: “to reflect 100% Melissa.”

The Anti-Bachelor Pad: Entertainment and sports lawyer Doug Davis has a plush curved sofa in the living room for a cozy feel. Sliding doors open up into the den for entertaining. CLAUDIO PAPAPIETRO FOR THE WALL STREET JOURNAL
The loft is an open, sunny space that includes a large second-floor studio where she paints and a third-floor master suite. Designer Trina Boyd created a space where Ms. Herrington’s artwork could take center stage. “This loft is what I would consider all mine, my style and everything I wanted to put into it,” Ms. Herrington says.

“Just in the last year, I’ve seen prices paid for tricked-out bachelor pads in the Hollywood Hills go up by 20%,” says Josh Altman, a luxury broker based in Los Angeles. Last year, Tyler and Cameron Winklevoss—of Facebook fame—paid $18 million for an 8,000-square-foot house, more than $2,000 per a square foot. “Those kinds of homes are commanding some of the highest prices for real estate in California,” Mr. Altman adds.

Creating spaces for singles can turn into the ultimate in design fantasy fulfillment, with just one person’s tastes and visions driving the project. “The word selfish comes up again and again,” says Nils Wager, an entrepreneur who sold a 4,000-square-foot bachelor pad he built in the Hollywood Hills to actor Matthew Perry a year and a half ago for $8.5 million. “You don’t have to think about children, or a partner, or anything really, except what you want.”

Michaelle Fastlicht, a digital-media entrepreneur in Los Angeles, is just finishing a roughly $750,000 renovation of a 4,400-square-foot midcentury-modern home she bought for $2.5 million last year. She knocked down several walls to create a 2,000-square-foot “great room,” turning the kitchen area, living room and dining room into one space, with wood-beam ceilings. She’s building a home office in one corner of it. “I didn’t need more private space,” says Ms. Fastlicht, 40, who runs her own company and this spring plans to launch an app that curates digital content for a Hispanic audience. “I really wanted a space where I could integrate my social life and my work in a seamless experience,” she says. “You’re cooking one minute and looking up a hilarious foodie video on YouTube the next.”

Other must-have features in singleton spaces: a large steam shower, a media room with a big-screen television, and sound speakers in every room—”even in obscure places, like the broom closet,” says designer Lori Dennis, who has worked on several places for singles in Los Angeles and Lake Tahoe in recent years. “Speakers are the male equivalent of shoes for women—men can’t get enough of them.” Gyms and massage rooms are also popular amenities, says builder John Finton, who has done homes for Jennifer Lopez and Dustin Hoffman.

Some single clients, left to their own devices, will request far more unusual amenities, from flight simulators to basement nightclubs and bars. James Stanley, a New York-based designer, says he recently did a pop-art-themed penthouse for a wealthy bachelor in Manhattan that has a flame-red living room with foosball and pool tables and a “Star Wars”-themed bedroom room. “I’ve done a few outrageous places in the city for divorced fathers and bachelors, and it’s a fun thing to do because it’s like a second childhood,” he says. “He went hog wild.”

Still, many designers counsel restraint. “You don’t want to make it a caricature,” says New York-based interior designer Vicente Wolf. “It has to be a home, it has to be inviting.”

To create an inviting space for Doug Davis, a 40-year-old entertainment and sports lawyer and the son of music mogul Clive Davis, Mr. Wolf created a plush, wraparound sofa for the living room and upholstered a wall in the bedroom with mohair to give it a cozier feel. Overlooking Madison Square Park in Manhattan’s Flatiron neighborhood, the apartment also has a large sliding door to open up the den/media room for entertaining and capture the courtyard view. Its décor ranges from a mix of antique pieces, like a 1930s metal cash vault from a Parisian bank, to a contemporary painting by Shepard Fairey, the artist best known for his Obama “Hope” posters.

“I hate the term ‘bachelor pad,’ ” says Mr. Davis, who currently has a girlfriend. “I wanted a place where [guests] were comfortable that wasn’t too stuffy, and to reflect the taste I have for art and antiques.”

The increased focus on single living comes as the number of Americans living alone has increased sharply, from four million, or 9% of households, in 1950 to 33 million, or 28% of households, in 2011, according Eric Klinenberg, a New York University sociology professor and author of “Going Solo.” Today, more people in the U.S. live alone than at any other time in history—a trend especially prevalent in big cities: Between a third and half of households in major American cities contain a single person. In Manhattan and Washington, D.C., roughly half of all households are occupied by just one person. Demand is also coming from abroad, with an influx of foreign buyers looking for single-person pads.

To be sure, there are variations on single living that can be communal. Ryan and Adam Goldston, 25-year-old identical twins, two years ago purchased nearly identical condos for $1.598 million each on the same floor of the Ritz-Carlton Residences at LA Live in downtown Los Angeles. The apartments, mirror images of each other, span 2,000 square feet and have two bedrooms each. The twins, who are former college football and basketball players and now run a shoe company together, say they bought identical apartments because they wanted to achieve similar goals. “We both wanted to create getaways,” says Ryan Goldston. “But being close to each other really helps our company, since we often work until the middle of night.”

While the brothers say they wanted to be close, they also wanted each of their apartments reflect their personalities. To differentiate the two bachelor pads, the twins adopted separate design schemes; Ryan Goldston decorated his apartment in a style he calls “Ralph Lauren-esque,” covering his couch and chairs with old suit fabric and buying white furniture to create an airy, light feel. Adam Goldston, by contrast, has a darker color scheme in his apartment, with a large purple leather couch as the centerpiece to his living room.

Frank Alexander, an event designer who lives in Manhattan, hired architect Paul Masi to design his Southampton, N.Y., home. The 3,500-square-foot, three-bedroom space overlooking a pond was designed as both a private retreat for the frequent traveler and a place to host numerous guests on summer weekends. The exterior of the home features distressed cedar screening, and there are lower and upper deck areas for entertaining. Though Mr. Alexander insisted he didn’t need a bathtub in house (he prefers showers), Mr. Masi said he should include one “for resale value.”

Although bachelor-pad-type homes don’t attract families among potential buyers, their resale value continues to be very robust, brokers say. Mr. Altman, the Los Angeles broker, says one of his clients paid $4.5 million in 2010 for a 5,000-square-foot Los Angeles home with walls of glass, a theater, and an infinity pool; he sold it for $5.67 million two years later. Last year, actor-director-producer Tyler Perry sold his 8,751-square-foot home above Sunset Boulevard for $11.25 million. He paid $9.6 million in 2006 for the property, which has a glass-floor catwalk that serves as the ceiling of the wine cellar, a nightclub with a bar and disco ball, a gym, a sauna, four bedrooms and a billiards room that overlooks a pool.

Developers today are responding to the increased demand for single-living “with amenities to make the building more social and fun,” adds Mr. Klinenberg, the NYU professor. He says many developers are using gyms, dog-walking services and even larger mailrooms to create a more social environment to lure single people.

The Centurion, a New York condo designed by I.M. Pei, hired interior designer Mr. Stanley to come up with plans for a third-floor duplex apartment attached to a commercial space on the market for $5.95 million. Mr. Stanley says he created two separate plans envisioning it for either a single female or male, including a two-story pool with aquarium cutouts looking into the ground-floor space, which could be a salon for a woman or a game room or billiard area for a male.

For many singles, however, it’s only a matter of time before somebody else moves in. In 2010, Nicole Hollis, a San Francisco interior designer, designed a two-bedroom apartment for a young emergency-room doctor, Travis Heining, with cheeky nods to bachelor-pad tropes—including hiring an artist to decoupage a powder room with vintage Playboy magazine covers from the ’60s and ’70s. In 2011, Mr. Heining, 39, got married, and he now shares the apartment with his wife, who wants to redesign the guest bathroom with the Playboy walls. “She thinks it doesn’t scream ‘married couple,’ ” he says. “I think it’s great, but I understand.”