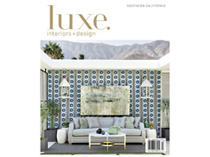 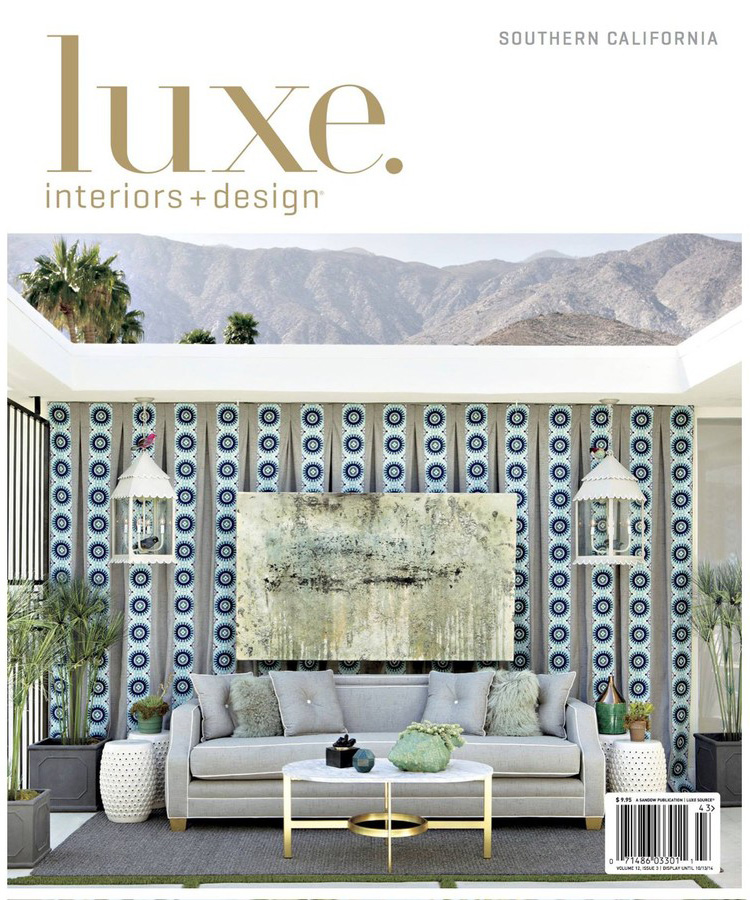 “I like to incorporate the indoors outdoors,” designer Lori Dennis says of her philosophy of handling alfresco spaces.  That approach served her well as she took on the task f breathing life into the front terrace, a high traffic area bisected by a walkway and punctuated floor to ceiling window and white walls. Dennis addressed the space with goal of creating” something with a classic look that could withstand weather and still be comfortable,” she says. To meet those directive, the designer devised two seating areas against an eye-catching backdrop of pleated draperies sewn into a stripe pattern. “ They set the color palette, “says Dennis of the gray and blue hues. “ Everything else sprung from there.” With one, as she says, “wow moment” in place. Dennis didn’t shy away from bringing in more show stopping pieces, including a pair of 1960s hand chairs atop a zebra rug and a traditional upholstered sofa, which lends a soft touch for balance. Garden stool and hanging lanterns complete the look. “We went for a collected feel, “ she says. “Nothing matchy-matchy” 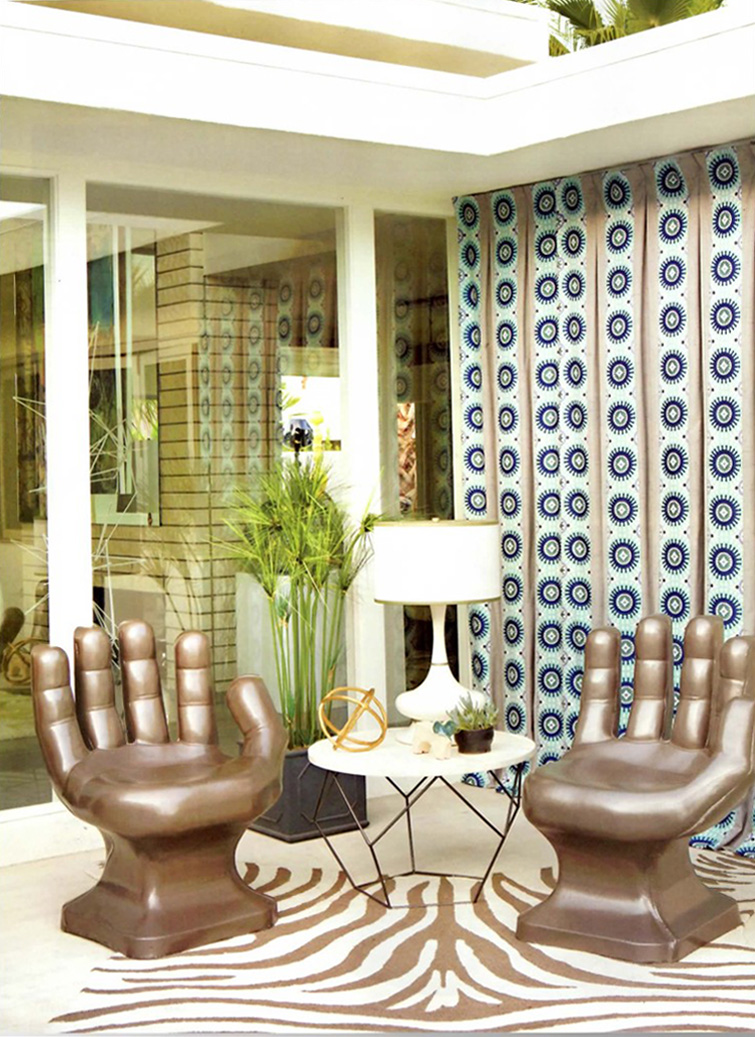